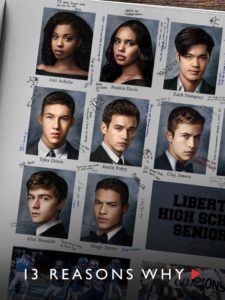 The final season of 13 Reasons Why is then and as complicated as ever. Indeed though some characters have moved on, graduated, failed, or been boggled, there are still a ton of characters to keep track of. This 13 Reasons Why season 4 recap will help observers keep tabs on all the intertwining stories as the show draws to an end.
Last season ended with Bryce Walker’s (Justin Prentice) death and the friend group cascading his murder on Monty De La Cruz (Timothy Granaderos), who’d been killed in jail awaiting a rape trial. The musketeers framed Monty to help Bryce’s real killer go free (or killers, depending on how you look at the situation). Season 4 picks up about a month after the events of season 3 and steamrolls right into further confusion, paranoia, riddle, and conspiracy.

Check Out 13 Reasons Why Season 1

More About 13 Reasons Why Season 4:

The most shocking and heartbreaking element of 13 Reasons Why’s homestretch was how Justin Foley’s plot wrapped up. The character began as another high academy jock characterized by hanging out with the boys and breaking the hearts of his once ladyloves’Hannah and Jessica. As the series went on, Justin’s bow began to hold further meaning as it revealed his disquieting home life and heroin dependence. The high schooler was veering toward homelessness when Clay took him in, his family latterly espoused him and he decided he’d get clean.

The fourth season thresholds on a high note for Justin when he leaves rehab serious about staying on track by attending his support group meetings. But also he learns his mama has failed of a medicine overdose and enters relapse. The huge tragedy of this season comes during hop, when Justin collapses on the cotillion bottom. Justin is rushed to the sanitarium and tests positive for HIV-1, which has formerly progressed into AIDS. He’d contracted the condition when engaging in coitus work during his time on the thoroughfares.