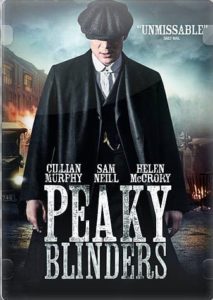 How to Get Peaky Blinders Season 1 SRT:-

Steven Knight created the crime-focused series Peaky Blinder. It is British television series which became famous all over the world. Since it was In the British accent, subtitles played a major role to make this series understandable to those popular who could not understand the accent.

This drama portrayed the Shelby crime family’s aftermath of the 1st world war. This criminal family was based on a real youth gang and had the same names which were active till the early 20th century from the 1890s. This series was aired in 2013 and got famous worldwide.

A group of gangsters, led by Tommy Shelby, is the focus of the story. This series is a mixture of all the emotions and drama. It has love, fights, politics, and much more which grabs the attention of the audience, and subtitles play a major role in it to make this understandable to the audience from around the globe.

This series is a mixture of a little bit of history as well as a new storyline because it is not completely based on the events that happened in the past by actual peaky blinders. This show portrayed amazing acting talent, complex characters, betrayal, and power. All the seasons of Peaky blinders all seasons revolved around many twists.

The plot of the story

The story revolves around the gang of criminals who were led by the cunning boss called Tommy Shelby in 1919 who came from Birmingham after taking a part in the 1st world war as a soldier. Shelby and his gang had real good control over the city of Birmingham but Shelby always wanted to expand his power outside Birmingham as well so he made a plan and decided to build an empire and decided to kill everyone who would get in his way and try to stop him. Shelby’s family became a bookmark and got famous for being gangsters and racketeers.

Peaky blinders stole the crate of guns which led the story to more dramatic twists and turns. Tommy wanted to be the most powerful person at that time and planned accordingly to remove hurdles that would come his way. He starts the war with the gypsy family who was ruling at that time by fixing the horse race. This show presents the idea of planning and political plotting that how everything is chained up and connected. Tommy Shelby takes every risk to be the number one and fights many battles and gets betrayed by the close ones.

The theme of the story

The Peaky blinders was one of the most famous and successful series all over the world, it was praised by the audience and criticized by some critics as well. The story is based on the history of a gang that had the same name and was born after World War 1. The writer beautifully portrayed the history of gangsters and how the hunger for power can change a person, he showed how betrayal, love, power, family, and circumstances create the character and how a person can have the urge to rule. The writer beautifully presented the human history and wars of old times.

This series has been themed on the battle of power and the urge to rule. This series presented how love can change and take away the peace of a person who is meant to rule. How family can be a big support and always can play a part of being a backbone. The writer wrote this story in a way to make it more classic and sheer than it was in old times and the audience enjoys each character who has important roles to play. This story is not reality-based although the name and theme are the same. Most of the actions are fictional which never happened at that time.

The series has so many important events throughout the seasons which makes this more and more exciting and subtitles make it easier to understand and make it very clear for the audience who cannot catch the accent.

The drama took a twist and started when a robbery went wrong. The leader Tommy ordered the gang to steal some goods coming into the city and the gang picked the wrong carte which was containing the gun which belonged to a small armor company. Missing weapons attracted the attention of many and the government as well but only Tommy knew where to hide the guns and to whom they had to be given.

Another interesting event happened when peaky blinders got under attack and the power of Tommy in London obliterated which shocked him completely. Also Michael and Arthur get arrested and imprisoned which makes Tommy plan to fulfill the mission which was given to him by Campbell who was a high-ranking member of the military establishment.